Quite a long time ago, when I was in high school, prolly age sixteen or so, I was visiting my friends in Michigan. I was born in Michigan, and for some unknown reason, moved to Florida.

Well, actually, the reasons for moving are very well known to me, but not to you, so for today’s purposes, they’re unknown. Perhaps even a mystery.

Anyway, I was hanging out with some of my old friends in my home town, the occasionally intriguing burg of Augusta, Michigan. Somehow, one of my friends had acquired a few tickets to an upcoming Yes concert in Detroit. This was about ’71 or ’72, so the band Yes was just coming into their own in the US.

So we headed off to the big motor city, in a big motor car. Along the way (actually about 15 minutes into the journey, but unfortunately in the wrong direction) we stopped in Kalamazoo, at a music store where some of the guys wanted to get some stuff.

This is the store where I bought my first genuine leather guitar strap. I had a 1959 Gibson LG-12 twelve-string guitar, and I needed a strap for it, so this is where I bought it. There’s a whole story about that guitar and that strap, but I figure I’ll save that for later. Because, really, who wants to hear about a guitar strap, when, instead, you can hear tales of fraud, mistaken identities, impersonation, and other criminal activity in Kalamazoo …

Except maybe for the fact that the guitar strap story also involves an ounce of weed that got over-saturated with rum, and then over-baked in the oven trying to dry it out. But I must leave you hanging and save that for another day.

Anyway, I bought my strap, and while I was browsing around the music store, I nonchalantly picked up some drum sticks and was just kinda holding them, maybe doing some air drumming, who knows.

Suddenly, out of nowhere (those words are intended to further the mystery and intrigue motif of the story, but when you think about it, everything in life happens suddenly, kinda out of nowhere, so it may not be so mysterious after all. But I digress) …

This guy comes up to me and says “Oh man, I can’t believe I ran into you. This is soooo coool!! Wow! Would you give me your autograph on my album?”

And he hands me a brand new copy of a recently released Yes album, might have been “Fragile” or “Close to the Edge”, I don’t recall.

Remember, I was just a kid, 16 or so, so I didn’t have the worldly knowledge I now have. Nor did I yet have the strong urge and well-honed skills to emulate the Boondock Saints (summoning my best Irish brogue: “Hey, look! It’s Rocco! We gotta fook wit’ him, eh?”) that I wield today.

Nowadays if this happened to me, the “mystery, intrigue, fraud and counterfeiting, etc.” aspects of this tale would have risen on a meteoric scale to a pinnacle not yet encountered, closely or otherwise, in the realms of sarcastic satire. Let alone alliteration.

But as it was, I simply said: “Sure.” And I wrote my name on his album cover. I signed “markz” like always.

He said: “Oh man, thanks so much, that is sooo frickin’ cool. I can’t believe I actually got your autograph on my ……

“HEY, wait a minute!! What the fuck is this? You’re a fraud! You ruined my album! I just bought that! You destroyed my property!”

He said: “You’re not Bill Bruford!”

He then proceeded to engage in a lengthy tirade, calling me all sorts of names and claiming I intentionally destroyed his album, and he was gonna have me arrested, and take me to court and sue me, and he knew his rights, and his daddy fought in the war, and his cousin was a real drummer, and other ignorant irrelevant blather. On and on he went.

Among the myriad of things he told me was that I was not, absolutely not, Bill Bruford. And that I was an asshole.

I guess in a sense he was right. So I didn’t take offense at his rantings, nor did I consider this an intentional affront on his part. I just thought he, too, was kind of an asshole. Happens to the best of us.

But in my own defense, I must say I have never been, never tried to be, nor will I ever try to be, the one and only Bill Bruford. That’s just a given.

Admittedly, on occasion I have been, and from time to time probably will be to a degree, pretty much an asshole. Life happens.

I did mention to him that since my signature was only on the cellophane wrapping, he could remove it and he would have a pristine album cover.

“Hurrmmph,” he muttered as he walked off, frantically trying to get the adulterated wrapping off his prized album. He was out of sight before I could determine if he was successful in his endeavors. I’ve always wondered about that. Also, he didn’t have me arrested.

So, keep in mind that life’s lessons can be found, and truths re-affirmed, just about any place, any time you happen to be there.

And sometimes, funny things can happen in Kalamazoo, especially if you’re on your way to Detroit to see a Yes concert. In the iconic ’70s.

This site uses Akismet to reduce spam. Learn how your comment data is processed.

"Design is what you do
when you don't know what you are doing."

"If you don't know where you're going, any road will take you there."

"The Key to Flexibility
Is In Decision."

-- MarkZ
[Theorist in Search of a Conspiracy]

"There are three types of people in the world:
Those who can count, and those who cannot." 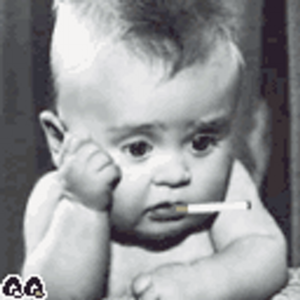